How To Set A Successful Goal

On Being Motivated, Innovative And Wealthy

Wisdom Of The Elders, On Tap!

Here is the scenario – you are waiting at the train station, and from the corner of one eye, you see someone down on the train tracks (or subway, tube, tram). There are loads of people milling around and the notices indicate the train is arriving fairly soon.
What will you do?

The young man would never have imagined himself in that situation, and that the person who literarily saves his life is an elderly lady with a stroke, just going about her way.
On the surface, there is nothing in common between these two people – one is a young, hip caucasian professional, the other is an elderly moslem lady with a physical disability.
The vast majority of us like to think we will spring into action – and like Superman or Superwoman, save the day!

Reality is often very different from that, unless we already have a mindset that makes that kind of action natural to you.
In our current society where the majority no longer get up for a pregnant lady or elderly person or even a mother with her very young children, all of whom would love a seat, the norm is to carry on and leave them to fend for themselves.

To be kind, let’s say that the others in the station were stunned into immobility. Why?
Why weren’t there a mass of people doing something to help the young man? Most were younger and fitter than the lady who did so. Did she have some superhuman powers?
Let’s ask a high-value question.
The question to ask is “What was it that got this lady to act so swiftly, without consideration of the consequences to herself?
She certainly had not done anything like that before. She did not think of herself or disability in that situation, but was entirely focussed on getting the young man off the tracks before the train hit.
Her mindset was that of Superwoman – she was fearless, because her mindset was not focussed on self, but on on other people, caring. It had nothing to do with age, sex, religion, ethnicity etc. All that mattered was that someone needed help, and she was going to do everything possible to give it. Notice I did not say her best. I said everything possible – BIG DIFFERENCE!

When we do our best, we already have an idea, a limitation on what that is. It will hold us back. In this situation, she could have thought to herself “He is a young, strong looking caucasian, male, maybe suicidal or just mentally disturbed. I am an older, weaker, female, obviously different ethnicity and religion – we have next to nothing in common and I really don’t think I can make a difference, compared to all those around here in the station. SHE DID NOT THINK LIKE THAT. Her mindset was quite different. 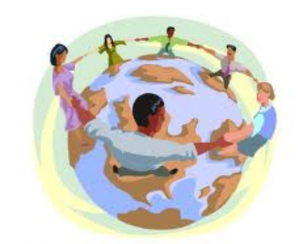 Over her 77-odd years, she always put everything into whatever she did – she and her family were expelled from Uganda during the Idi Amin era, with barely the clothes on their back. They had to leave their comfortable life for the uncertainty of Canada. And start from scratch, with 3 children! Is it any wonder that, having survived and then thrived through all of that, she did not have limitations in her mind? Age had made her even better – like some marvellous fine wine! Which vintage are you or will you want to be? You can’t get to be a vintage wine without putting in TIME!

The older and elderly person have a lot to offer us when we are open to it. The cost – actually listening to them, acknowledging their contributions and celebrating them. We will learn a lot that way, and it will enrich our own lives. 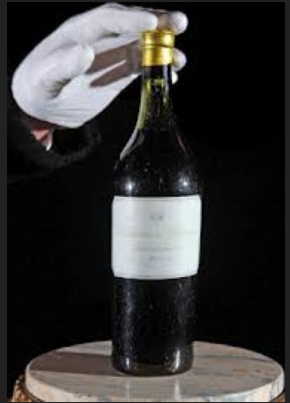 That single thought, that we are all in this together, will impel our actions – and to offer help whenever possible.