Why Rippln is the Business of the Future.

Why it burst on the scene and gone viral in a very short time.
Why this is something you want to pay attention to – it is that important!

What is this all about?

Here is some basic information that underpins it:
As Facebook members, WE (you and I) grew it to over a billion members!
I just got on the FB thing a few months ago. I pay them to get adequate exposure.
Have you been paid to grow it?  I haven’t.

My answer is “no” – what’s yours? Each person on Facebook is worth about $90 and NONE of that is coming to me or you. Instead, I pay them, and I’ll bet you do too!

Those first 100 Harvard students who received a Facebook invite 9 years ago are now EACH responsible for over 10 MILLION Facebook members.
Imagine if they had been paid for their ripple effect? Imagine of you are paid for YOUR ripple effect?

Better still, imagine if you were in at the start AND paid for your ripple effect?

Rippln is the business of the future: the platform designed for YOU! It had you in mind. A bit like Steve Jobs and Apple developing the iPhone before anyone really felt they needed it. Shazam! Same deal here – get it?

To make things even sweeter, you have GAMIFICATION! That is basically using games to engage people and solve problems. In this age of short attention spans and people glued to their smartphones and apps, mostly game apps, why not use it to engage people in solving problems or doing something in a uniquely absorbing way – something they would otherwise not do?

And what do you think happens when you combine Gamification apps with Social Media? It goes VIRAL! Together with an amazing system of compensation, it goes to the stratosphere!

That’s what it’s been about recently for me – I got introduced by a trusted direct inside source – a real industry insider and co-founder, Jonathan Budd, and yours truly jumped right in straight away! It’s a no-brainer, according to several of my gaming peeps, who have already hopped on board! The potential is HUGE and because of gamification, simple and fun!

They and I could all see that Rippln IS the business of the Future. And it’s here already. So what do we do? You’d better believe it – we went about growing our ripples IMMEDIATELY! We want to build a real, sustainable legacy with this, where you have direct access to your network. 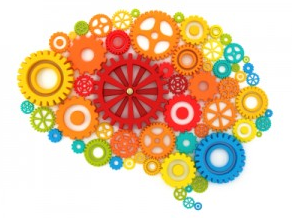 The Rippln model and gamification will be used in all aspects of education – that IS the future.
It will be used for helping people through traditionally difficult problems, and in the workplace for more engagement and efficiency. This is just the very start of a monumental shift.

It is so important and life-changing, I’ve been working hard (I don’t want you to miss out!) to give YOU1 the opportunity to be in at the start and get properly positioned.

Think of this: Rippln is here now – why not be there at the very start, just like you would have liked to for Facebook?
What will this mean to you? How will it change your life?

The great news – right now, it is FREE to join, and has a business opportunity attached to it – see, I said I was looking out for you in every way – you just can’t lose!

Here is a video you want to check out straight away.

Just by the viral nature of the platform, sharing apps, products, services and information with your network as you stay in touch (which you already do anyway) you’ll grow your circle, called a ripple. And……you can use it to grow your other businesses at the same time! Now did you REALLY get how huge that is? How Rippln could massively improve your success?

It is still in pre-launch, and already has over 1.2 million people signed up in just over 90 days. And waiting – to be in on the commerce. To do that, you’d want to uplevel to become a Player.
Why not start forming your own ripple before the launch date and monetization, which is just around the corner?

*****The smartest way to get in is to head over HERE and join this minute!

No fuss or funny invite codes required. It takes you 2 clicks and less than 1 minute and you are in. The world of opportunity just opened up for you to come in.

I am looking out for you! GAME ON!!

Rippln IS The Business of the Future!

Customer Service and your Business 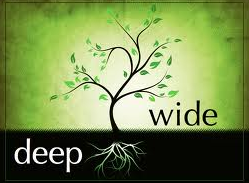 How To Start Your Business – Deep Or Wide? 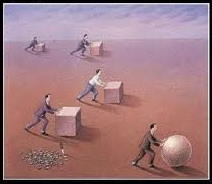