I came across a post on Facebook today, and was about to share it on my page.
I started writing, and as it was getting rather long (what’s new, eh?), I converted it to my blog post so I could expand on my thoughts.

I wish I knew this young lad! The video is obviously provocative, and if it gets us thinking, he has done his job.

You don’t have to agree, but you should have a well-thought out opinion OF YOUR OWN.
Watch the video here:

Suli Breaks is a spoken artist in the UK, talking about examinations in the formal education system in this essay called “I Will Not Let An Exam Result Determine My Fate”.
Exam results are supposed to be the final score sheet of what you learnt (crammed?) over the x years you were in the institution. Hmmmmm… pun intended! 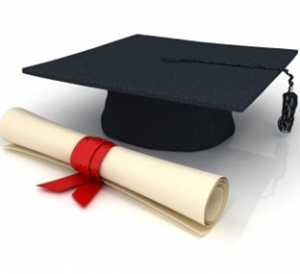 How can final exams (yes, I know there is continuous assessment etc, but those final exams still count for plenty in todays world. Fail them, and you are seen as less educated and valuable than the person who was on top form on the day of the exam.

My sister was ill on the day of her final exams -she had measles or chickenpox -can’t quite remember which. And yes, she had been vaccinated for both when she was young! She had to take those exams while in bed at the University sick bay (that’s what they call small bed unit to treat you in Britain).

She was monitored by her very own invigilator as well.

She was well on track to getting a first-class degree, and still did better than all the other students in her class. She did not have the strength to finish the gruelling paper in the time allotted, and asked for just a bit of extra time to complete it.

DENIED! And with it, a first-class degree! 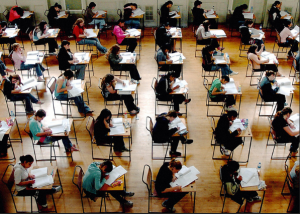 My feelings are that we are still using an old education model: meant to groom people for the traditional job factory of the 20th century, but that model has not developed to cope with the unique challenges of the 21st century, and may, in fact, be failing a large number of our children and grandchildren.

There is no “safe” job anymore: outsourcing and globalization, as well as the internet has put a nail in that particular coffin.

One thing that has become apparent is that great exam results do not equate to great skills or even ability. The practical component is not as strong as it could be – apprenticeships have largely given way to university degrees, just because it looks good on paper and can (actually, make that “used to”) get a better job.

There are now too many young people with perfectly respectable degrees without a job or possibility of one that will get them started and pay their bills. They are scrounging around for any job that will at least keep them occupied – and continue to be debt-laden.
You now have to have a degree – from places almost nobody has heard of, in subjects I can’t even think up as a joke.

Wouldn’t it be far better to engage them to think creatively whilst they were within the formal education system, and give them the tools to thrive in the 21st century marketplace? 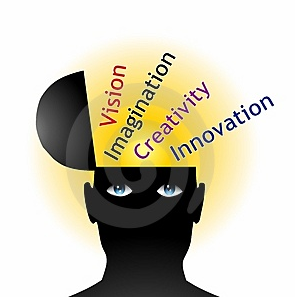 Without a doubt, I think this should include business studies – the practical how-to’s to get started. Young people can now take command of their own futures, and it won’t be necessary to spend 3,5 or 7+ years in the educational system.

Having your own business makes you independent. To succeed, you will have to be continually learning, so the education goal is achieved, just in a more organic and empowering manner.

I should know – I was educated from the fruits of my entrepreneurial mother, and she by her father (who owned his own factory) before her.
I am simply following in those footsteps – nothing better!

Leave me a comment below with your thoughts. Love to have them!

Why do you want to be successful?

Do you NEED to be Successful?