Ooops… I Just Ate Arsenic in my Chicken!

What Makes A Successful Entrepreneur?

I’m sharing my insights on what makes a Successful Entrepreneur.
There is so much out there – both technical and psychological, and pretty much all of them are right, but often look complicated. What I’m doing here is making it simple and do-able.

It’s a given, you want to be successful – at least, most of the human race does – it’s a fair bet that you want that too – even if you aren’t there yet.

Still, you want to be sure you are on the right road – no point in getting to the end of the road and discovering you took the wrong turning!

75% of success is about your mindset – some people would peg it at 90%. One thing I do know: ask any successful person what they attribute their success to. It would generally not be the tools or technical details, after all, there are any number of people with the very same skills and tools who did not achieve the same level of success.

Similarly, a college degree does not guarantee success, nor does your gender, ethnicity, parentage or just about any other parameter you can think about. For every successful person within a particular demographic, you will find another person barely scraping by.

So, what makes a successful entrepreneur?

If you have read “Think and Grow Rich” by Napoleon Hill, you’ll have a good idea of what you need. They’re pretty much the same as leadership qualities – I did a series of posts on that a while back, which was based on the book. The first of the series is here – it’s worth going through them all and taking notes.
Notice, Napoleon Hill did not say Work and Grow Rich – in the strictest sense, that isn’tt possible  or desirable – there are only so many hours in the day, so you’ll need to be smart about leveraging your time to make the most of it.

Going back to the start – which is your goal or idea for your business. Your chances of success are far better if you do something that is unique, and not like everyone else. If you do what everyone else is doing, you’ll get mediocre  results, or worse

So, how do you get that Successful Entrepreneur idea?

By looking at POSSIBILITIES – that is where opportunities are – and therefore the money is likely to be there.  All you have to do is study a brief bio of successful people – they took a leap of faith with their product or service.
Success was by no means guaranteed – in fact, most people around them thought they were doomed to fail, mad or both! But the stories of the uber succcessfuls like Steve Jobs, Oprah Winfrey & Richard Branson tell the story of what it takes. 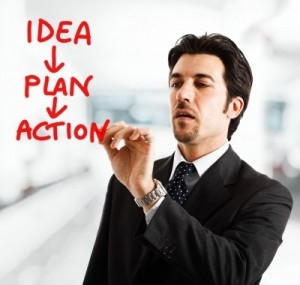 Once you have made a goal out of a possibility, you are on your way – next is the action part. And lot’s of it. In the immortal words of Edison:
“I have not failed. I’ve just found 10,000 ways that won’t work.”

If Edison did not see the possibility of the incandescent light bulb, taken action AND persevered, we’d never have heard of him and his invention.

If you’ve read Think and Grow Rich and liked it, you’ll love what I’ve dug up for you – enter your best email in the box on the right and get access to the book that formed the basis of it, and considered by many to be even more detailed.

Do you want to know what I’m doing and what works now?
What could make YOU a successful entrepreneur?

Click this link to join MyEmpirePro and you get me to help you! 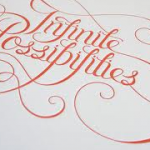 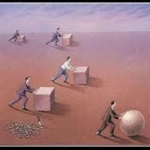